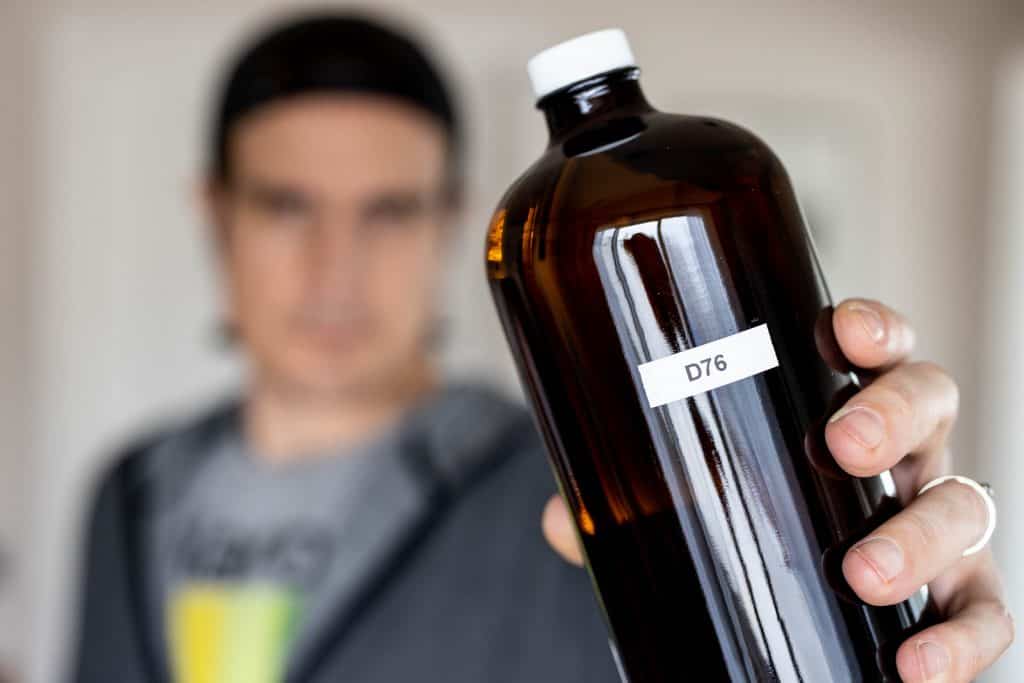 Mixing Your Own Kodak D76 From Scratch

Today we’re going to get a little into a mixing your own chemicals from scratch. We are going to be specifically talking about Kodak d76 film developer.

This was something that I was asked about after making my video on sepia toning where I show how to mix a variable sepia toner from raw chemicals.

I thought about it for a while and at first I didn’t think there was a lot of merit to making this video or post. Does mixing your own D76 save a significant amount of money? Surprisingly no, there is not a significant cost savings to buying raw chemicals in bulk vs. buying packs of Kodak D76 until you purchase A LOT of bulk chemicals.

So, I kind of put the idea on the back burner. Then while actually mixing some d76 the other day it hit me that there are definitely some reasons besides cost that you might want to mix your own d76.

Here are a few key benefits and reasons why you might consider mixing your own film developer:

Here is how you make Kodak D76 Film Developer

Now that you have made the decision to give mixing your own developer a go, here is how you actually do it.

I mean it’s pretty easy. It is a hair more difficult than mixing the pre-packaged product from Kodak. I say hair because on top of what you would normally need you also need a scale (I paid $10 for mine)  and  a set of measuring scoops. Instead of just dumping all the chemicals from a single pack  you simply weigh up the four chemicals and mix them in order.

So the recipe that I use is from the Darkroom Cookbook:

A few things to note:

Interesting part in the book says many photographers feel that the original formula as given in the cookbook (above) is superior to  either commercial product from Kodak (D76) or Ilford (ID-11) . Kodak and Ilford both put a number of additional chemicals to prevent the metal from deteriorating in the presence of the sodium sulfite.  Kodak adds additional chemicals to protect the metol from the sodium sulfite. This allows the formula to be sold as a single package. Ilfords ID-11 (virtually the same developer as Kodak D76) is sold in two parts and eliminates some but not all the extra chemicals found in the Kodak version. I found this very interesting.

That’s really all there is to it! Once the developer is cooled down dilute 1:1 for use. It does note in the book that you can use it stock but there are no advantages in doing so. I would say there is one advantage – shorter development times. I have also seen it noted that at 1:1 you get sharper results and know you can also use it more dilute at 1:3

There is also another more “Eco Friendly” version of Kodak D76 formula you may find interesting, This version is cheaper and more stable as it omits the hydroquinone completely

Use exactly as you would Kodak D76 classic formula

*** Some of the links above are affiliate links, which means at no extra cost to you, I will make a small commission if you click them and make a qualifying purchase. If you have a different purchase in mind, please consider using these links as it helps create more free content! *** 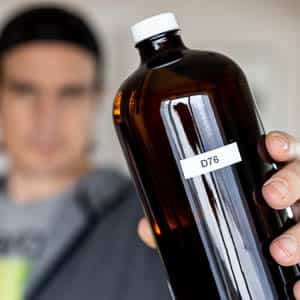 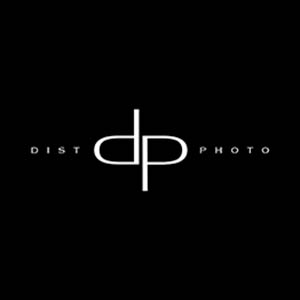 View all posts by mkoller →